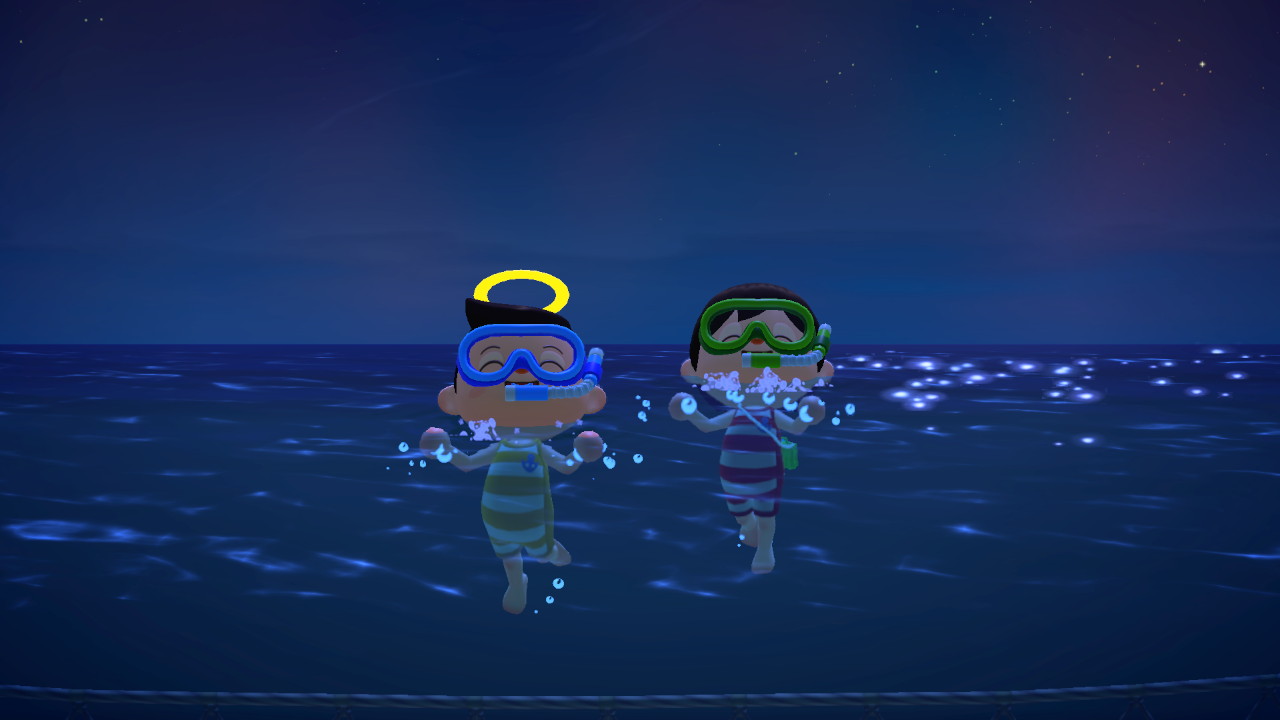 Pirates and mermaids and Pascal, oh my! Nintendo has really blessed us with this latest summer update for Animal Crossing: New Horizons. We’re seeing the welcome return of many beloved features from New Leaf, as well as some new content unique to this game. Let’s see exactly what changes have been made!

Despite the presence of sharks and other dangerous ocean creatures, Isabelle has now declared it’s safe to go back in the water. After purchasing a wetsuit from Nook’s Cranny or the Nook Stop, you will now be able to explore your island’s oceans. For an extra fun jump, press A while holding down B to run and flip into the water! 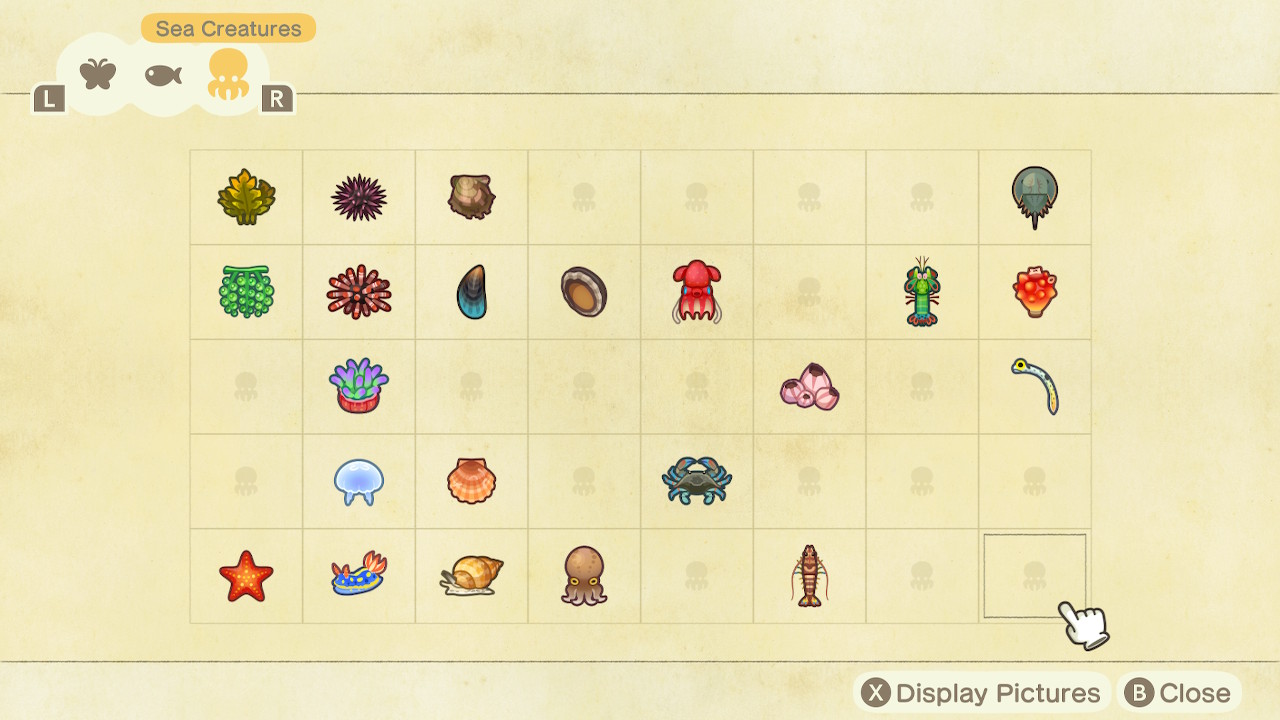 Now that our island's horizons have expanded, so has our critterpedia! The ocean floor is home to 40 new creatures that can be donated to Blathers in the museum. As far as we know, neither Flick or CJ will buy these creatures or make them into models. However the seaweed can be placed on your beaches, for an authentic seaside aesthetic.

To find these creatures, swim around by pressing A until you see a column of bubbles floating to the surface. Press Y to dive under the water and A to chase after the mysterious dark shape. The size of the bubbles indicate how large the creature can be, so if they’re large prepare to mash that A button.

The Return of Pascal 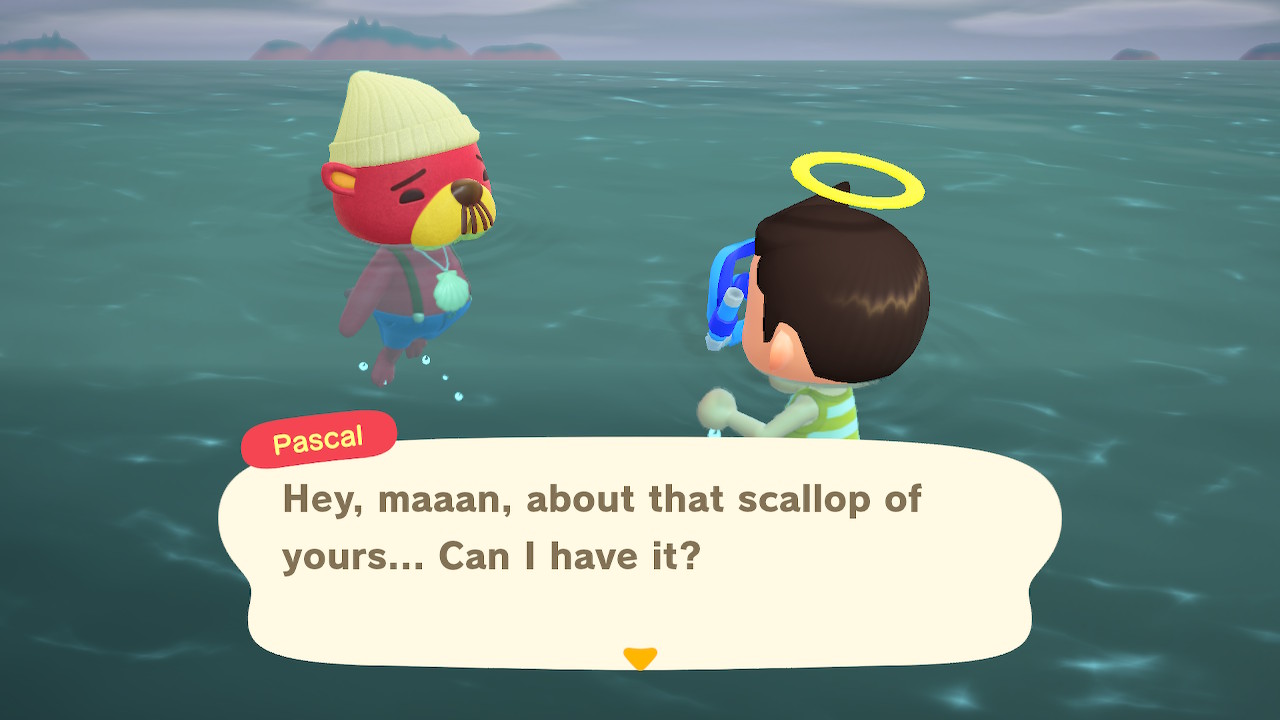 Everyone’s favourite sea otter has returned to offer us his watery wisdom. To find Pascal, simply dive until you find a scallop (his favourite snack). Once you return to the surface, he will ask for the shell in return for a DIY recipe. Although you can catch multiple scallops, Pascal will only appear once per day. Mermaid furniture

The DIY recipes Pascal gifts you will be for the Mermaid set- an old favourite for players of the past games. To craft these ethereal pieces, you will have to search the ocean floor for pearls. Good luck, they’re pretty rare! Although the set is sadly not customisable, it does make us wonder what other furniture pieces the developers will bring back. Fans are calling for the return of beloved sets such as the Rococo, Princess and Sweets series. 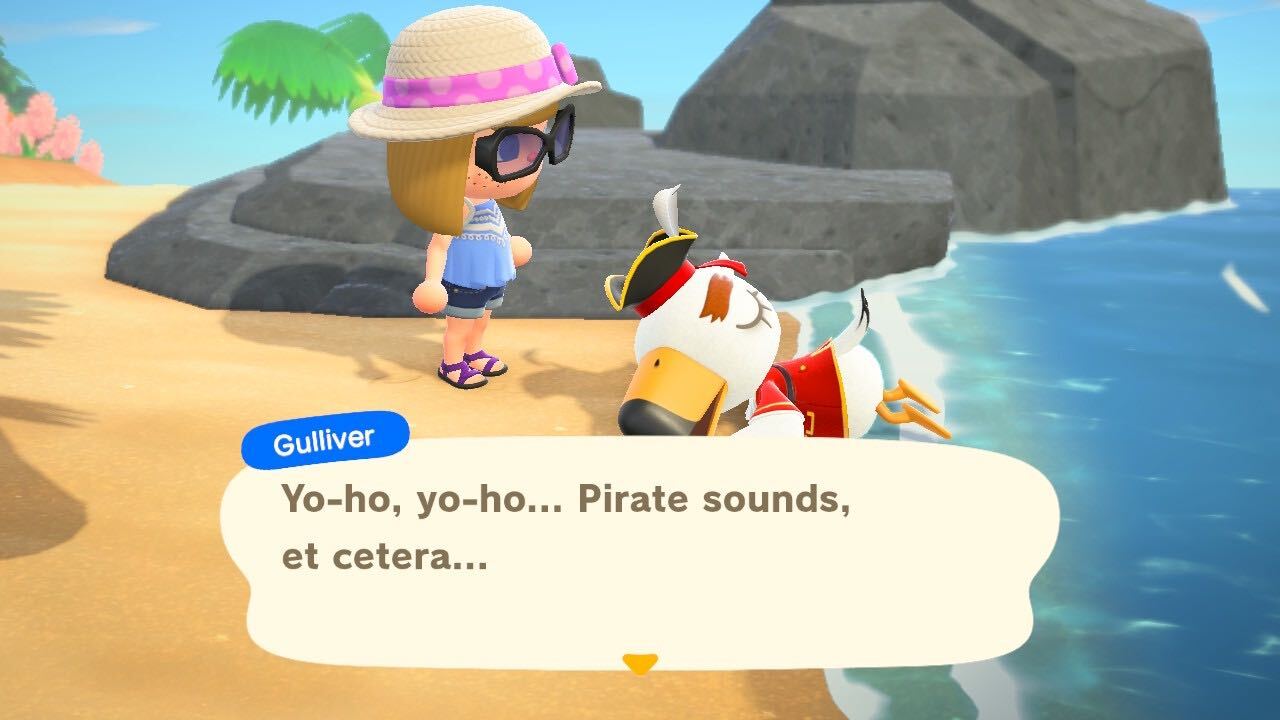 Although Gulliver can still be found in the game, he will now also appear as Gullivarrr the deserted pirate. Like previous interactions, you can find him washed up on the beach without his communicator device. To find his phone, swim and dive around the island as if hunting for a sea creature. After returning his device, Gullivarr will send you a gift in the mail the next day containing a piece from the pirate set. The set includes furniture as well as clothing and facial hair. This is great news for people looking to spice up their secret beaches and newly visible rocks at the back of their island. 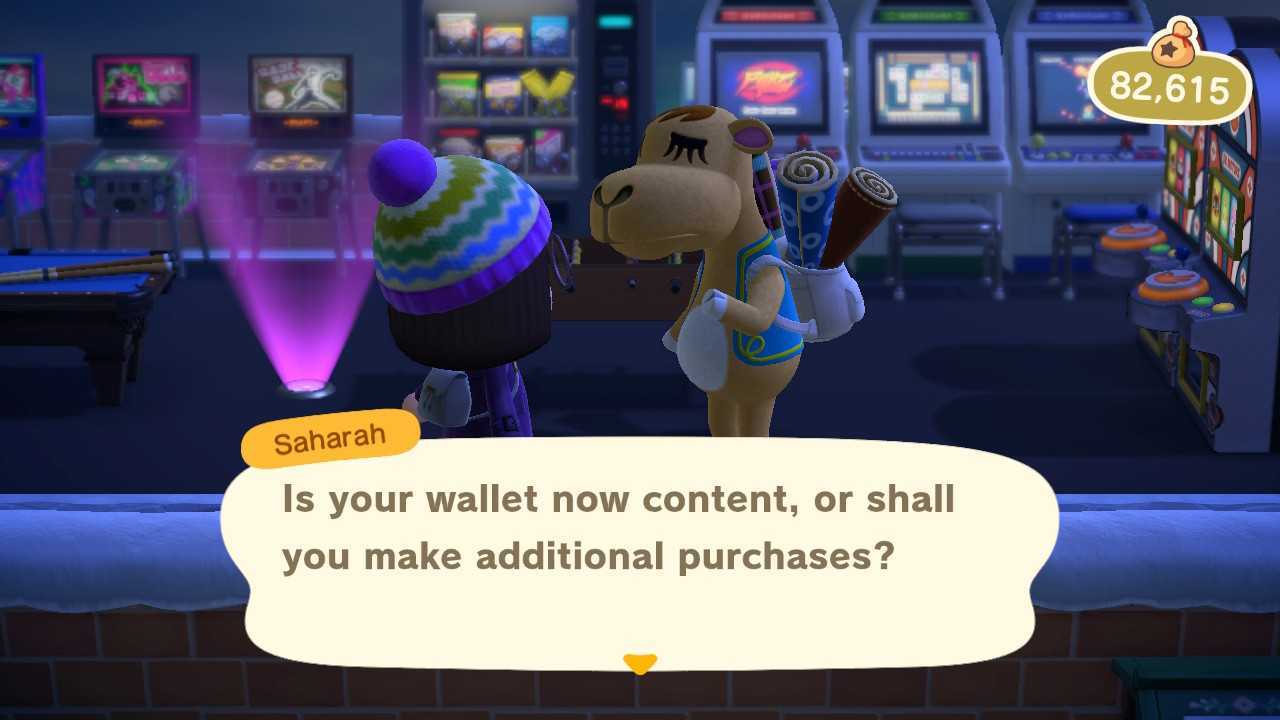 Alongside adding new content, Nintendo have also chosen to make some minor changes to the game mechanics. Once a week Saharah will visit your island to sell rugs and ‘mysterious’ flooring and wallpaper. Where you previously had to talk to Saharah multiple times to purchase all of her wares, you are now able to select multiple items at once. This is a small change but one that will make a big difference to gameplay. By changing this, the developers have proven they are listening to the players and addressing their concerns. Fans are hopeful this means Nintendo will make many popular requests like adding more textured hairstyles to the game. 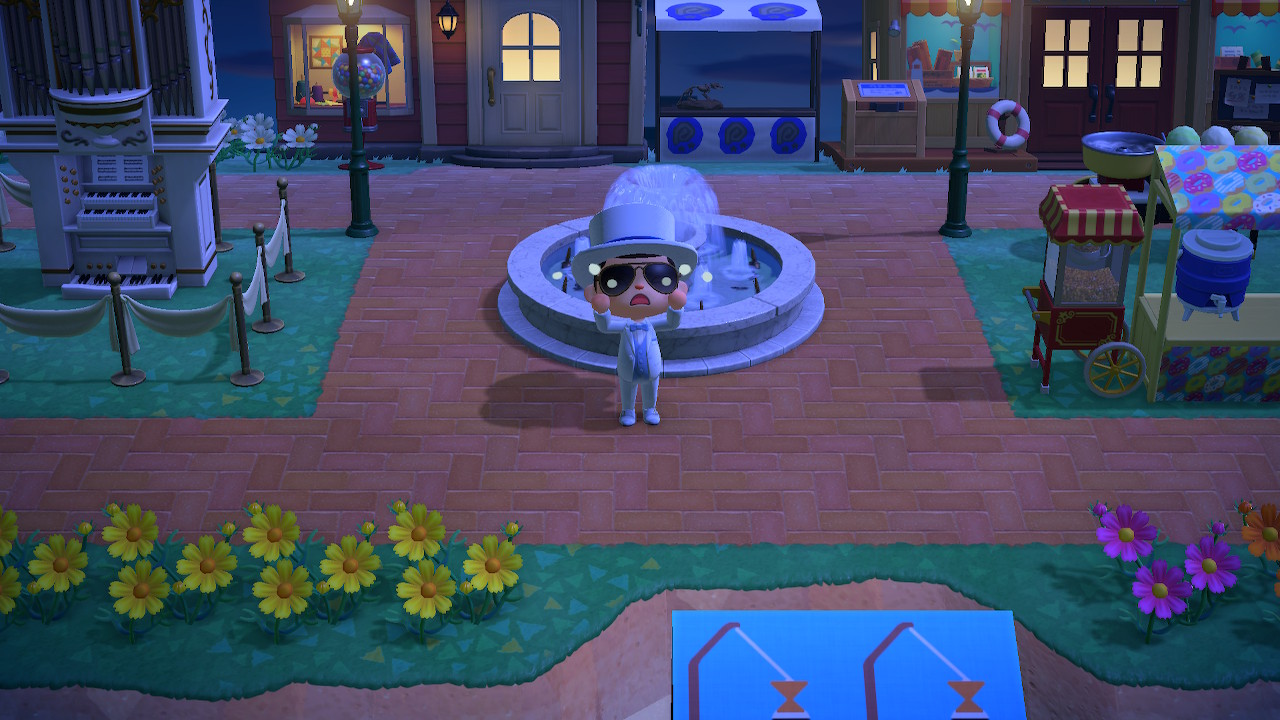 At this point, it’s routine for Nintendo to fix bugs and problems with each update. However, removing this particular glitch has saddened some of the community. Previously, pressing + while entering the in-game camera app triggered a glitch that allowed you to access the camera without the user interface. This means that players could take videos without the icons obscuring parts of the screen. Many members of the community used this as an opportunity to make videos and gifs of their island without having to purchase capture cards or other expensive equipment. Nintendo have now fixed this glitch and so now this is sadly not possible anymore. Although many are disappointed with this news, it does make us wonder if removing the UI will be possible in a future update. People are also wondering if we could see the introduction of new apps to improve gameplay.

This update has proven that we have a lot more exciting content to look forward to. With multiple updates a season, players could see the return of many favourite characters and features. What features and changes are you hoping for in the next updates? Let us know at @CrossingBoard on twitter and @thecrossingboard on Instagram.