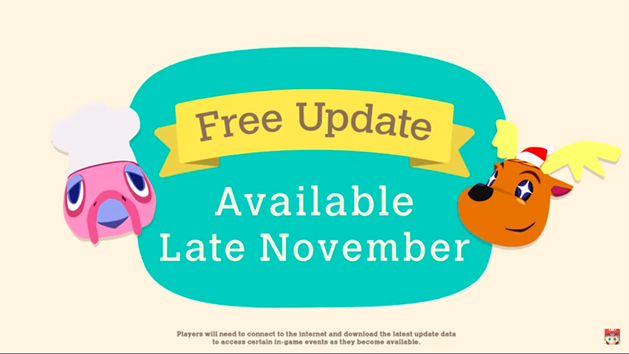 After two long months, we have finally been treated to the long awaited Fall update! While our villagers are gearing up for the Halloween fun, we can’t help but wonder what is in store for the next update. At the end of the Fall trailer, Nintendo gave us a small teaser of what’s to come in late November with Franklin and Jingle. Could we get new features such as cooking, farming expansions, new characters, and gyroids? Let’s take a look into our crystal ball to see what may be in store for our island lives.

Speaking of crystal balls, will we see the fortune telling panther, Katrina, make a return to the game? In New Leaf, Katrina could be found in her tent at the plaza where she would give your fortune for 500 bells before disappearing into the Star Matrix.

In previous games, Katrina was heavily linked to the idea of good and bad luck. Many players are suggesting she could return as some of the characters in New Horizons have begun to mention feeling lucky on particular days. The feature of tripping over was also linked to bad luck days in past games, so it seems like we could see Katrina tie all of this together in the future.

With our pumpkins happily growing on our islands and watering cans getting a good workout, we wonder what other crops might grow in the future? The harvest festival is right around the corner and chef Franklin is confirmed to host the grand event. In New Leaf, players had to run around and find ‘fresh, local ingredients’ for Franklin to whip up a feast. It would make sense for Leif to start selling a variety of crops in addition to his current pumpkins ready for the big harvest! 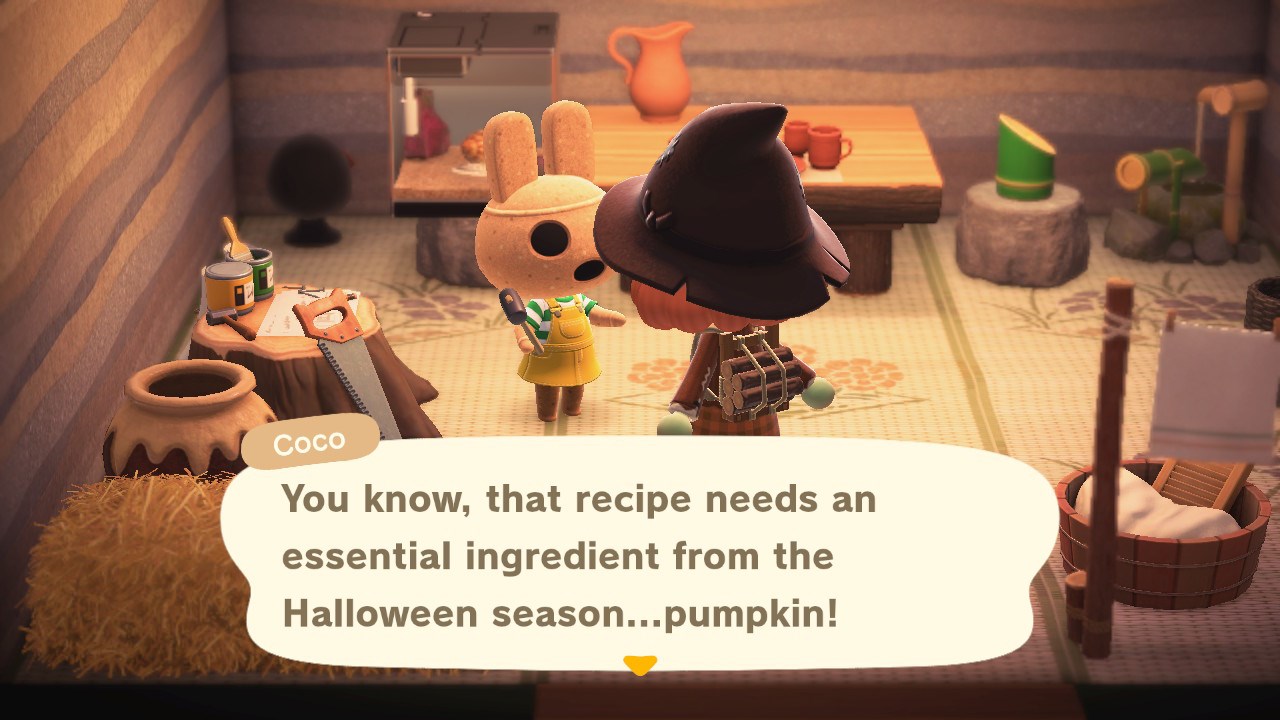 Alongside growing our own crops for the Harvest Festival, it would make sense for us to lend a hand with the cooking too! Since the release of New Horizons, villagers have been discussing very specific meals they are craving. If the Harvest Festival were to introduce cooking, we could make these meals for our animal friends! Imagine if each villager had a favorite food that you could make for them, just like their coffee order in New Leaf. How cool would that be? Cooking would make sense now that we can craft our own furniture and grow our own crops, we’re keeping our fingers crossed!

An introduction of cooking would also make sense as we ease into the cold, winter months. December is a time when many cultures celebrate the dark season with big feasts and celebrations. We would love the chance to grow our own brussel sprouts and other vegetables.

December is a time for eating but it is also a time for toys! In previous games, players would find Jingle skipping around town in the snow holding a large sack full of presents. He would ask for your help delivering them and it would be your job to match the present to the correct villager. If every present found the right home, Jingle would reward you with a festive gift. All throughout December the Jingle furniture set would also be sold at Nook’s Cranny.

Although Toy Day is not until December, Nintendo have teased Jingle for the November update. Does this mean that this update could be the last until 2021!? Time travelling players will know that the New Years Eve event is already live and playable. So it looks like we won’t see another update until around January. Maybe that is when Nintendo will choose to finally introduce us to Brewster…